The ambition behind it far exceeds the two- or four- or even six-year terms of any politician. Here we were trying to build a structure that would last longer than the Great Pyramids of Egypt, longer than any man-made structure, longer than any language. When forced to adopt a long view of human existence—when looking back on today from 10,000 years into the future—it’s hard not to view Yucca Mountain in near-mythical terms. We can imagine future earthlings pondering it the way we ponder the Parthenon or Stonehenge today—massive structures imbued with an alien spirituality. ... Ten thousand years may be the time scale of legends, but nuclear waste storage is a very real and practical problem for humans. It is a problem where incomprehensibly long time scales clash with human ones, where grand visions run up against forces utterly mundane and petty.

This apple had been carefully grown somewhere in Washington state, the result of millions of dollars and two decades of labor. Break apart its unremarkable surface to reveal its flesh, wait long enough, and you’ll see what’s different: It remains pure white. It doesn’t start to brown right after you take a bite and leave it on the kitchen counter. In fact, it doesn’t start to brown until it molds or rots. It doesn’t bruise, either. Through a feat of genetic engineering, Carter’s apples hold on indefinitely to the pearly-white insides that inspired their name — the Arctic. ... The Arctic was conceived by Carter’s company, Okanagan Specialty Fruits, which he runs with his wife, Louisa, and four other full-time employees, newly under the umbrella of a large biotech company that bought it this year. It’s an intended solution to what Carter sees as two interrelated problems: First, millions of pounds of perfectly good apples get dumped every year because they look a little too bruised or brown, the victims of an instinctive human aversion to fruits and vegetables that aren’t smooth, shiny, and symmetrical. And at the same time, North American consumers, accustomed to 100-calorie packs and grab-and-go everything, have developed an impatience for food that can’t be quickly eaten. ... Taken together, these two trends mean that while apple consumption has flatlined in the United States for decades, a staggering amount of apples go wasted. ... Apples in particular have been transformed dramatically by commercial cultivation and serendipitous acts of nature over the last two millennia. The apples grocery store shoppers pluck off shelves in 2015 are vastly different from the ones first discovered in Kazakhstan, or even the ones grown by Johnny Appleseed in the 19th century. ... A study in the Journal of Consumer Affairs estimated that $15 billion in fresh and processed fruit was lost from the U.S. food supply in 2008 — about $9 billion at the consumer level and the rest at the retail level.

The production of plastic requires large amounts of fossil fuels, and its disposal has led to landfills and oceans overflowing with waste. ... If we’re to get out from under the all the plastic we’ve created and thrown away, we’re going to have to do two things: find renewable sources from which we can make environmentally friendly plastics, and devise ways to clean up the plastic we’ve already discarded. ... Fortunately, researchers are working on solutions to address both these needs. 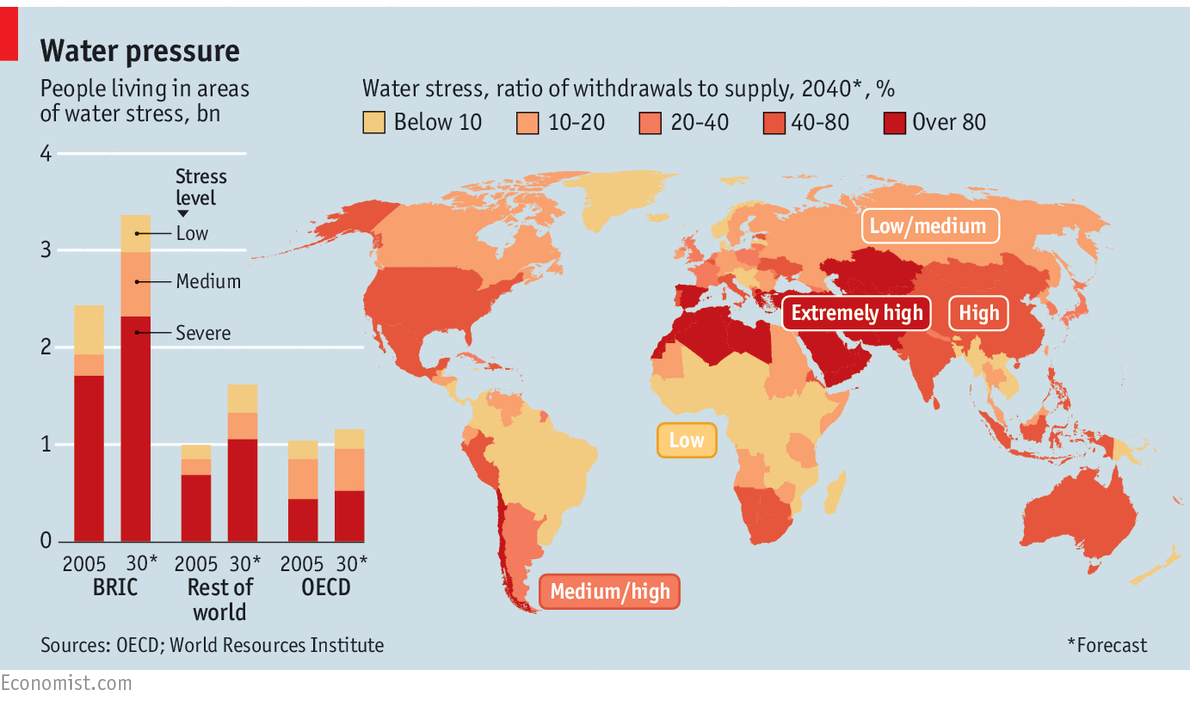 Smash an old TV, and you risk spewing lead into the air. Crack open an LCD flatscreen, and you can release mercury vapor. Mobile phones and computers can contain dangerous heavy metals such as cadmium and toxic flame retardants. Mexican workplace regulations, like those in the U.S., require e-waste shops to provide such safety equipment as goggles, hard hats, and masks. There’s little of that in Renovación. ... In much of the world, a place like Renovación couldn’t exist, and not only because business owners wouldn’t be allowed to employ people in those conditions. Twenty-five U.S. states and Washington, D.C., home to 210 million Americans, have laws establishing what’s known as extended producer responsibility, or EPR. That means electronics makers must collect, recycle, and dispose of discarded equipment rather than allow it to enter the waste stream. Parts of Europe also have this system. ... Manufacturers don’t do this work themselves. Typically, a state, county, or town establishes an e-waste collection program. Then recycling companies come to haul away the junk. The manufacturers pay some or all of the bill. The e-waste can be of any provenance. ... The lack of a formal, regulated recycling industry is one of many reasons Mexico has become a magnet for spent electronics. ... A ton of mobile phone circuit boards can produce 30 ounces of gold, worth about $39,000 at current prices.

Like oil and coal, kitchen scraps can be converted into energy. But unlike oil and coal, which are expensive to dig out of the ground, food waste is something that cities will actually pay someone to haul away. Many innovative municipalities, in an effort to keep organic material out of dumps — where it generates methane, a greenhouse gas — already separate food from garbage and send it to old-fashioned compost facilities. There, workers pile the waste in linear heaps called windrows, mix it with leaves and grass clippings and let oxygen-dependent microbes transform the gunk into lovely dark fertilizer. But the more material you compost, the more space (and gas-guzzling bulldozers and windrow turners) you need to process it. It can get a little smelly, too, which is yet another reason New York City, which generates about one million tons of organic waste a year, will probably never host giant compost farms. ... But anaerobic digestion, in which food is broken down by microbes inside tall, airtight silos, has a real shot at scaling near densely populated areas. The footprint of such plants is relatively small, and their odors are mechanically contained, if they are operated properly. Digesters do cost more to build and run than compost sites, but they more than make up for that by generating two separate revenue streams: fertilizer and biogas, which is chemically similar to natural gas and can be burned to make heat and electricity. ... The nation’s industrialized compost operations bring in roughly $3 billion annually; American farmers bought $21.2 billion of conventional fertilizers in 2016.

Wiens, 33, is co-founder and CEO of iFixit, a company whose mission, he says, is to "teach everybody how to fix everything." On iFixit's website is a vast library of step-by-step instruction sets covering, well, let's see: how to adjust your brakes, patch a leaky fuel tank on a motorcycle, situate the bumper sensor on a Roomba vacuum cleaner, unjam a paper shredder, reattach a sole on a shoe, start a fire without a match, fill a scratch in an eyeglass lens, install a new bread-lift shelf in a pop-up toaster, replace a heating coil in an electric kettle, and--iFixit's specialty--perform all manner of delicate repairs on busted Apple laptops and cell phones. More than 25,000 manuals in all, covering more than 7,000 objects and devices. Last year, according to Wiens, 94 million people all over the world learned how to restore something to tiptop working condition with iFixit's help, which frankly was a little disappointing. Wiens's goal was 100 million. ... IFixit makes about 90 percent of its revenue from selling parts and tools to people who wouldn't know what to do with them if iFixit weren't also giving away so much valuable information. The rest comes from licensing the software iFixit developed to write its online manuals, and from training independent repair technicians, some 15,000 so far, who rely on iFixit to run their own businesses. ... Apple doesn't report just how huge that repair revenue is, but trade journal Warranty Week estimates that one proxy for that--sales of Apple's extended-warranty repair program, AppleCare--delivered the company a staggering $5.9 billion worldwide in 2016. ... "I'm really concerned about the transition in society to a world where we don't understand what's in our things," he says. "Where we are afraid of engineering, afraid of fact, afraid of tinkering. When you take something like a phone or voice recorder and you take it apart and you understand it enough to be able to fix it, a switch flips in your brain. You go from being just a consumer to being someone who is actually a participant."