Virtual reality overlaid on the real world in this manner is called mixed reality, or MR. (The goggles are semitransparent, allowing you to see your actual surroundings.) It is more difficult to achieve than the classic fully immersive virtual reality, or VR, where all you see are synthetic images, and in many ways MR is the more powerful of the two technologies. ... Magic Leap is not the only company creating mixed-reality technology, but right now the quality of its virtual visions exceeds all others. Because of this lead, money is pouring into this Florida office park. ... At the beginning of this year, the company completed what may be the largest C-round of financing in history: $793.5 million. To date, investors have funneled $1.4 billion into it. ... to really understand what’s happening at Magic Leap, you need to also understand the tidal wave surging through the entire tech industry. All the major players—Facebook, Google, Apple, Amazon, Microsoft, Sony, Samsung—have whole groups dedicated to artificial reality, and they’re hiring more engineers daily. Facebook alone has over 400 people working on VR. Then there are some 230 other companies, such as Meta, the Void, Atheer, Lytro, and 8i, working furiously on hardware and content for this new platform. To fully appreciate Magic Leap’s gravitational pull, you really must see this emerging industry—every virtual-reality and mixed-reality headset, every VR camera technique, all the novel VR applications, beta-version VR games, every prototype VR social world. ... The recurring discovery I made in each virtual world I entered was that although every one of these environments was fake, the experiences I had in them were genuine. ... The technology forces you to be present—in a way flatscreens do not—so that you gain authentic experiences, as authentic as in real life.

By some estimates, the market for VR will be worth $150 billion within four years. A decade from now, who knows? It’s impossible to say because no one’s clear on what the platform is best suited to do. But the race is on to figure it out. Never mind that some of the largest players have tried to put things on your face before: 3-D spectacles, Google Glass, and previous incarnations of VR headsets. Those were inferior technologies, they say. This time is different. Try it for yourself and you’ll understand that those technologies died so this one could live. ... Despite feverish press coverage of VR, two-thirds of the U.S. population remains unaware of the technology, according to a survey by research firm Horizon Media. That suggests a definition is in order. There are a few flavors of the technology: virtual reality, augmented reality, and a combination known as mixed reality. They all use a special headset to alter human perception and, in effect, take you somewhere or enable you to see something that would otherwise be invisible. We’re lumping all the technologies under the term VR in this article, both for simplicity’s sake and because all the permutations share the same roots. ... In 1943, IBM’s Thomas Watson predicted “a world market for maybe five computers”—most likely because he was thinking about computers in terms of what they were (the size of a room) rather than what they would become (the size of a fingernail). 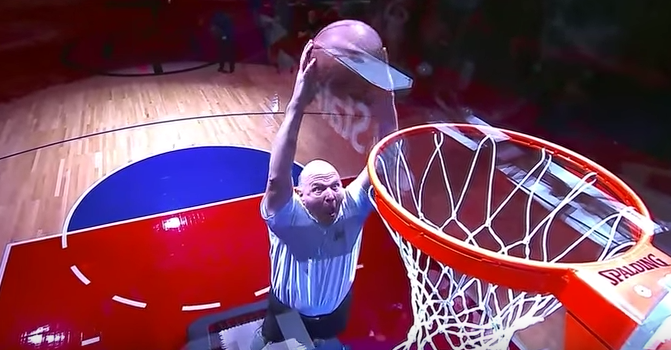 For a decade and a half, I’d been a web obsessive, publishing blog posts multiple times a day, seven days a week, and ultimately corralling a team that curated the web every 20 minutes during peak hours. Each morning began with a full immersion in the stream of internet consciousness and news, jumping from site to site, tweet to tweet, breaking news story to hottest take, scanning countless images and videos, catching up with multiple memes. Throughout the day, I’d cough up an insight or an argument or a joke about what had just occurred or what was happening right now. And at times, as events took over, I’d spend weeks manically grabbing every tiny scrap of a developing story in order to fuse them into a narrative in real time. I was in an unending dialogue with readers who were caviling, praising, booing, correcting. My brain had never been so occupied so insistently by so many different subjects and in so public a way for so long. ... I was, in other words, a very early adopter of what we might now call living-in-the-web. And as the years went by, I realized I was no longer alone. Facebook soon gave everyone the equivalent of their own blog and their own audience. More and more people got a smartphone — connecting them instantly to a deluge of febrile content, forcing them to cull and absorb and assimilate the online torrent as relentlessly as I had once. ... Then the apps descended, like the rain, to inundate what was left of our free time. It was ubiquitous now, this virtual living, this never-stopping, this always-updating. ... the insanity was now banality ... e almost forget that ten years ago, there were no smartphones, and as recently as 2011, only a third of Americans owned one. Now nearly two-thirds do. That figure reaches 85 percent when you’re only counting young adults. And 46 percent of Americans told Pew surveyors last year a simple but remarkable thing: They could not live without one. ... By rapidly substituting virtual reality for reality, we are diminishing the scope of this interaction even as we multiply the number of people with whom we interact.