From the cyclical monthly high in interest rates in the 1990-91 recession through June of this year, the 30-year Treasury bond yield has dropped from 9% to 3%. This massive decline in long rates was hardly smooth with nine significant backups. In these nine cases yields rose an average of 127 basis points, with the range from about 200 basis points to 60 basis points (Chart 1). The recent move from the monthly low in February has been modest by comparison. Importantly, this powerful 6 percentage point downward move in long-term Treasury rates was nearly identical to the decline in the rate of inflation as measured by the monthly year-over-year change in the Consumer Price Index which moved from just over 6% in 1990 to 0% today. Therefore, it was the backdrop of shifting inflationary circumstances that once again determined the trend in long-term Treasury bond yields. ... In almost all cases, including the most recent rise, the intermittent change in psychology that drove interest rates higher in the short run, occurred despite weakening inflation. There was, however, always a strong sentiment that the rise marked the end of the bull market, and a major trend reversal was taking place. This is also the case today. ... Presently, four misperceptions have pushed Treasury bond yields to levels that represent significant value for long-term investors. These are:
1. The recent downturn in economic activity will give way to improving conditions and even higher bond yields.
2. Intensifying cost pressures will lead to higher inflation/yields.
3. The inevitable normalization of the Federal Funds rate will work its way up along the yield curve causing long rates to rise.
4. The bond market is in a bubble, and like all manias, it will eventually burst. 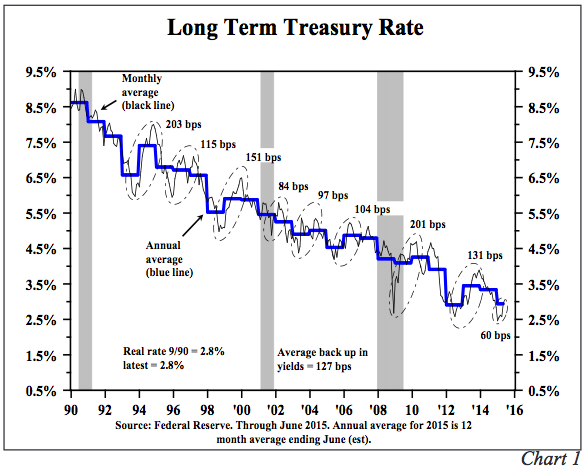 Future business activity will reflect two economic realities: 1) the over-indebted state of the U.S. economy and the world; and 2) the inability of the Federal Reserve to initiate policies to promote growth in this environment. ... The first reality has been widely acknowledged, as developed and developing countries both have debt-to-GDP ratios sufficiently large to argue for a slowing growth outlook. ... The second economic reality is the failure of the Federal Reserve to produce economic progress despite years of wide-ranging efforts. The Fed’s zero interest rate policy (ZIRP) and quantitative easing (QE) have been ineffectual, if not a net negative, for the economy’s growth path. ... The evidence speaks for itself: the Fed cannot print money. The Fed does not have the authority or the mechanism to print money. They have not, they are not and they will not print money under present laws. 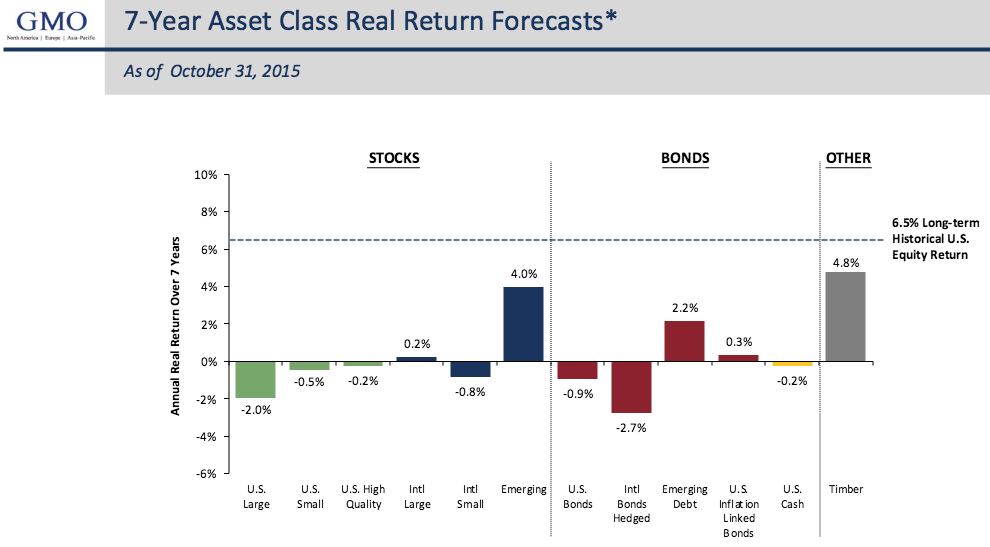 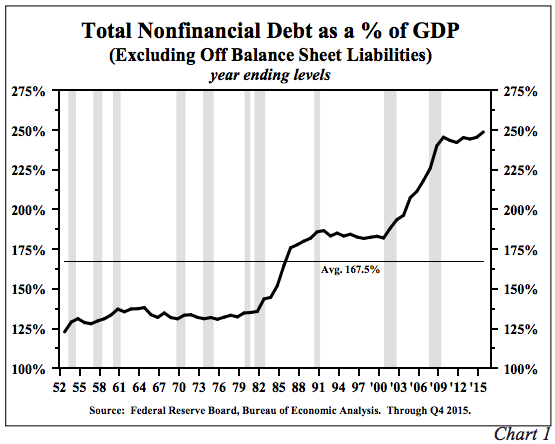