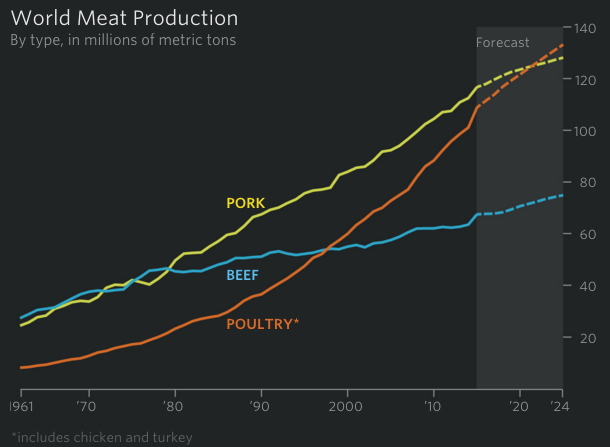 It has been a year since the bird flu tore through the Midwest: enough time for decimated farms to cash their indemnity checks and begin buying replacement birds; for the wholesale price of eggs, which doubled, to slide back to normal; for national awareness of the outbreak, the worst animal-disease epidemic in United States history, to dissipate. But among the poultry farmers who endured the flu, and others watching elsewhere in the country, there is a pervasive uneasiness, because after a year of scrutiny, federal and academic scientists still cannot say for sure how their properties became infected. Despite their own efforts to harden their defenses, and new federal plans to help them, it is possible that poultry farmers are not equipped for the flu to return among the United States’ billions of chickens; and that ranchers and pork producers might be equally unprepared if an unfamiliar disease detonated among the country’s 92 million beef and dairy cattle or 68 million pigs. Planning for epidemics, animal or human, is to a large extent based on what a disease did the last time. It is much more difficult to predict what a disease will do next. ... Naturally occurring epidemics might be as dangerous as maliciously introduced ones; and diseases in plants and animals could undermine national security as seriously as human epidemics would. ... A study done in July estimated that the flu cost the United States $2.6 billion in lost sales, almost $400 million in forgone taxes and 15,693 jobs. But as devastating as the losses were to Iowa, Minnesota and other states, their 50 million turkeys and hens represented a small portion of the poultry industry. The largest concentrations of chickens in the United States — Georgia, which raises 1.3 billion broilers a year, and the Delmarva Peninsula, where the broiler business began in the 1920s — lie under another migration route that ducks take over the Americas. If the flu were to land in those areas and spread the way it did in the Midwest, much of the United States poultry industry would be in jeopardy: almost nine billion birds, 90 billion eggs, more than $40 billion in earnings, 1.3 million jobs.

Avian vision works spectacularly well (enabling eagles, for instance, to spot mice from a mile high), and his lab studies the evolutionary adaptations that make this so. Many of these attributes are believed to have been passed down to birds from a lizardlike creature that, 300 million years ago, gave rise to both dinosaurs and proto-mammals. While birds’ ancestors, the dinos, ruled the planetary roost, our mammalian kin scurried around in the dark, fearfully nocturnal and gradually losing color discrimination. Mammals’ cone types dropped to two — a nadir from which we are still clambering back. About 30 million years ago, one of our primate ancestors’ cones split into two — red- and green-detecting — which, together with the existing blue-detecting cone, give us trichromatic vision. But our cones, particularly the newer red and green ones, have a clumpy, scattershot distribution and sample light unevenly. ... Bird eyes have had eons longer to optimize. Along with their higher cone count, they achieve a far more regular spacing of the cells. But why, Corbo and colleagues wondered, had evolution not opted for the perfect regularity of a grid or “lattice” distribution of cones? The strange, uncategorizable pattern they observed in the retinas was, in all likelihood, optimizing some unknown set of constraints. What these were, what the pattern was, and how the avian visual system achieved it remained unclear. ... Determining whether a system is hyperuniform requires algorithms that work rather like a game of ring toss. ... Hyperuniformity is clearly a state to which diverse systems converge, but the explanation for its universality is a work in progress. 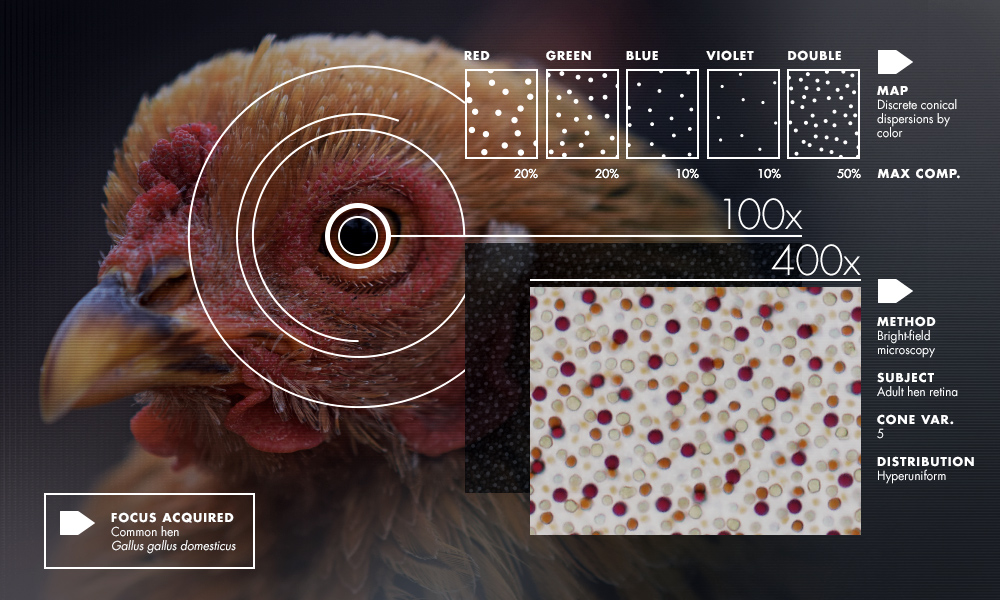 Steve Easterbrook doesn’t seem like the sloganeering type. He’s cool, a rational technocrat rather than a fiery head coach. Yet Easterbrook has two slogans he regularly employs. The phrases—“Act first, talk later” and “Progress over perfection”—hint that beneath his reserved exterior he’s aiming for real change. ... In a year and a half at the helm he has begun paring costs and decided to move McDonald’s MCD -1.81% headquarters from the suburbs back to Chicago. More important, in the U.S. market he launched McDonald’s successful All Day Breakfast, removed high-fructose corn syrup from the company’s buns, ended the use of key antibiotics in the company’s chickens, and embarked on a 10-year plan to liberate the birds that lay its eggs from the cages in which they have long been confined. The latter two changes are potentially transformative not only for McDonald’s—where chickens and eggs now account for 50% of the items on the menu—but for the entire American food industry. ... The Golden Arches are touting purity and provenance rather than solely relying on product launches—Shamrock shakes! the McRib!—to generate buzz as the company did in the past. The new approach allows McDonald’s to tap into the nation’s health zeitgeist in a way that it never has before. ... McDonald’s isn’t waiting for the supply—it’s creating it. But the seemingly simple change to cage-free eggs involves complex and expensive logistics, as we’ll see, and there’s a long, long way to go: Right now only 13 million of the company’s 2 billion U.S. eggs are cage-free.

For decades, poultry had been volatile in a frustratingly predictable way: When times started getting good, companies flooded the market with chicken, causing prices to crash. ... At first the transformation puzzled industry watchers. Some speculated that a merger spree during the 1980s and 1990s was responsible—with fewer decision-makers in charge and fewer competitors, the remaining companies could more easily survey and predict the landscape. But Sanderson’s conference call suggested another source for the shift: Agri Stats, a private service that gathers data from poultry processors, produces confidential weekly reports, and disseminates them back to companies that pay for subscriptions. ... Many industries, such as health care and retail, make use of information-sharing services, but Agri Stats provides chicken producers with a rare level of detail, in uncommonly timely fashion. ... Agri Stats has for years maintained that its reports don’t violate antitrust laws, in part because the information provided is historical. A typical report doesn’t say how much a company plans to charge for a cut of meat, only what it charged last month or last week. ... In 2013, according to SEC filings, Eli Lilly purchased Agri Stats for an undisclosed sum and folded it into its farm animal drug division. ... Illegal collusion occurs when companies plan with one another to cut production ahead of time with the specific intent of raising prices.