Since its July launch Pokémon GO, a free “augmented reality” game by Niantic Labs in which players capture virtual characters mapped to real-world locations, has piled up superlatives. Apple said the game had more downloads in its first week than any other app in history. One in ten Americans plays Pokémon GO daily, according to App Annie, and SurveyMonkey estimates that the game is hauling in as much as $6 million a day from in-app purchases in the U.S. alone (the game is available in 37 countries). ... Just 12 months ago Hanke was an increasingly restless Google employee (he launched Google Earth, among other things) and his company, Niantic, was an overlooked gaming skunkworks lost in the search giant. As Google reorganized itself into Alphabet, Niantic looked likely to be rolled back into the company’s Android division or simply shut down. But Google had the wisdom to let Hanke seek outside investors and spin the company out. That paved the way for Hanke to approach Nintendo and the Pokémon Co., which oversees the brand’s intellectual property, and make the smartest mobile-gaming deal of all time. ... As of May 2016 Pokémon products had grossed $45 billion in lifetime sales.

Under Cheng, Didi has expanded in just four years to 400 Chinese cities. The service lets users digitally hail and pay for taxis, private cars, limousines, and commuter buses. Cheng says 80 percent of all taxi drivers in China now use Didi to find passengers. So many people use the app, it can be difficult to get a cab during rush hour without it. Investors recently valued Didi at $35 billion, making it one of the most valuable private companies in the world. Uber, with operations in almost 500 cities on six continents, is worth $68 billion. ... Cheng was born in Jiangxi province, a landlocked region in eastern China famous for being the cradle of Mao Zedong’s Communist revolution. His father was a civil servant, his mother a mathematics teacher. He says he excelled at math in high school but during his college entrance exams neglected to turn over the last page of the test, leaving three questions blank. He got into the Beijing University of Chemical Technology, less prestigious than the upper-echelon schools. ... it turned out that Didi had a few advantages over the competition. Some were copying Uber’s U.S. strategy of working with limousine and town car chauffeurs. But there are far fewer black cars than yellow cabs in China. ... Instead of imitating competitors and giving away smartphones to drivers, an expensive proposition for a capital-strapped startup, they focused on providing their free app to younger drivers who already had phones and were likely to spread the word about Didi. 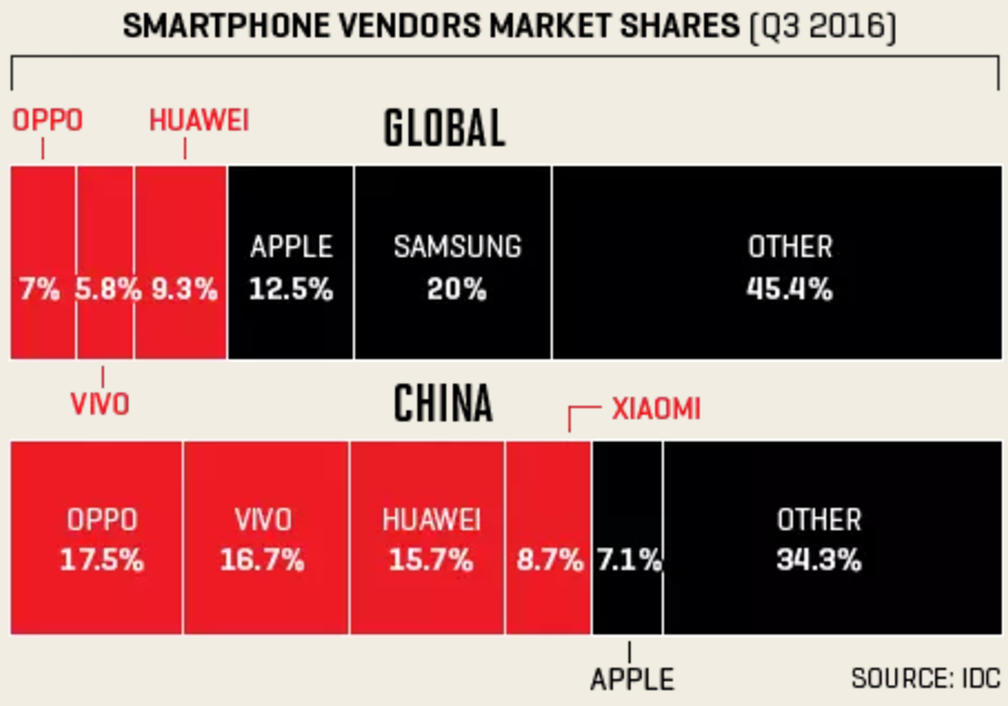