The opinions of experts concerning the future are accorded great weight ... but they’re still just opinions. Experts may be right more often than the rest of us, but they’re unlikely to be right all the time, or anything close to it. ... A lot of people's lives would be more tranquil and more productive if they accepted that what the media says about an upcoming event - and whether you watch of not - won't have any impact on the outcome. ... Today many analysts seem preoccupied with central bank behavior, government actions, trends in interest rates and currencies, and the movement of markets, as opposed to the fortunes of individual companies. … Most people don’t want to tempt fate by saying things will go well forever, and in fact they know they won’t. It’s just that they can’t decide what it is that will go wrong. The truth is that while I can enumerate them, the obvious candidates (changes in oil prices, interest rates, exchange rates, etc.) are likely to already be anticipated and largely priced in. It’s the surprises no one can anticipate that would more markets most if they were to happen. But (a) most people can’t imagine them and (b) most of the time they don’t happen. That’s why they’re called surprises. ... People began to ask me what inning we’re in during the financial crisis of 2008, and they’ve continued ever since.

Two groups of true believers are driving changes in the developed world. The first: single-minded central bankers who spent trillions of dollars pushing government bond yields close to zero (and below). While this unprecedented monetary experiment helped owners of stocks and real estate, its regressive nature did little to satisfy the second group: voters who are disenfranchised by globalization and automation, and who are on the march. What next? The fiscal experiments now begin (again). ... why do we see 2017 as another year of modest portfolio gains despite the length of the current global expansion, one of the longest in history? As 2016 came to a close, global business surveys improved to levels consistent with 3% global GDP growth, suggesting that corporate profits will start growing at around 10% again after a weak 2016. More positive news: a rise in industrial metals prices, which is helpful in spotting turns in the business cycle ... Furthermore (and I understand that there’s plenty of disagreement on the benefits of this), many developed countries are transitioning from “monetary stimulus only” to expansionary fiscal policy as well. Political establishments are aware of mortal threats to their existence, and are looking to fiscal stimulus (or at least, less austerity) as a means of getting people back to work. The problem: given low productivity growth and low growth in labor supply, many countries are closer to full capacity than you might think. If so, too much fiscal stimulus could result in wage inflation and higher interest rates faster than you might think as well. That is certainly one of the bigger risks for the US. 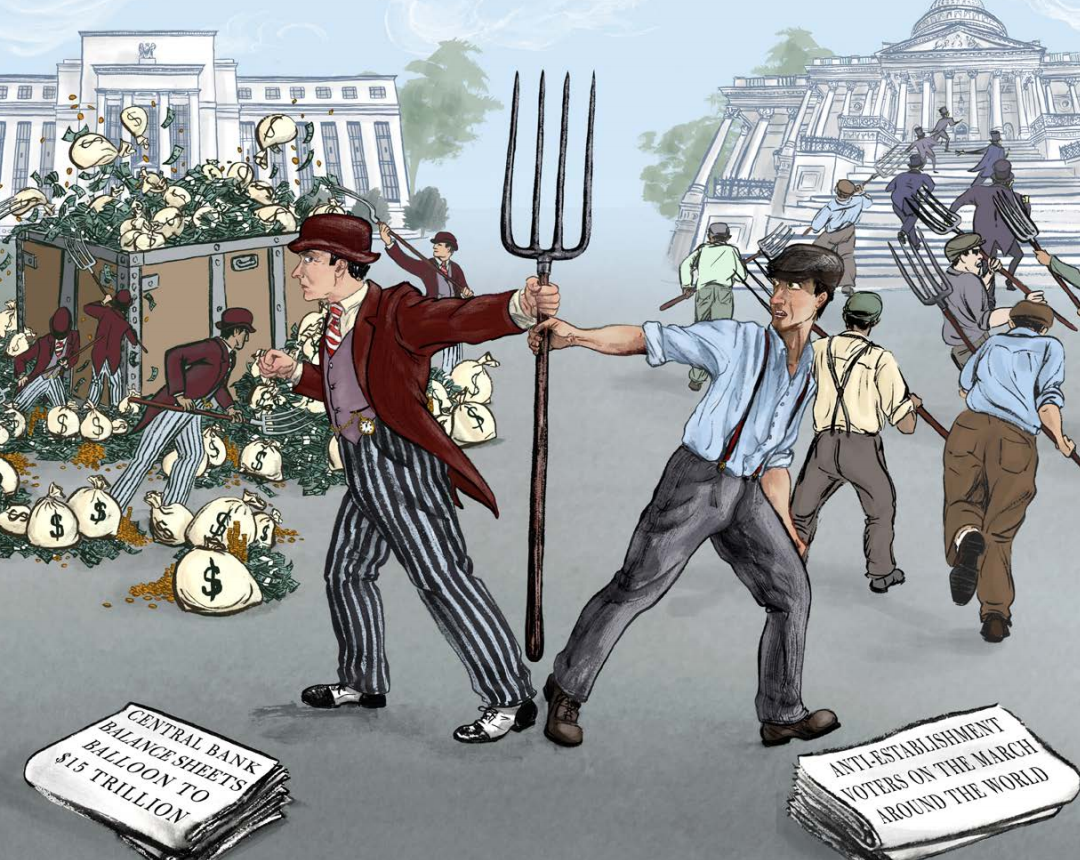 As so many great entrepreneurial success stories do, the tale of Mike Lindell begins in a crack house. ... It was when he realized that abusing crack and running a business weren’t compatible in the long term and vowed to get better. ... Lindell is sober and phenomenally successful. He quit everything after one final party on Jan. 16, 2009, and presides over an empire that’s still growing precipitously. Last year he opened a second factory, saw sales rise from $115 million to $280 million, and almost tripled his workforce, to 1,500. To date he’s sold more than 26 million pillows at $45 and up, a huge number of them directly to consumers who call and order by phone after seeing or hearing one of his inescapable TV and radio ads. ... He’s an unusual manager, governing largely on instinct and by making seemingly wild gambles that he swears are divinely inspired. … Throughout his life he’d sought the perfect pillow. He never slept well, and things kept happening to worsen the problem. ... When Lindell imagined his perfect pillow, it was micro-adjustable but would keep its shape all night. He bought every variety of foam and then asked his two sons to sit on the deck of the house with him and tear the foam into different-size pieces that they’d stuff into prototypes for testing. ... When desperate, he counted cards at the blackjack table to pay for materials. He was good at it. Eventually, all the casinos within a day’s drive banned him. ... In six months, he grew from 50 to 500 employees and sold almost $100 million in pillows. ... Lindell was losing $250,000 a week. ... What saved the entrepreneur was FedEx. It hadn’t occurred to him to negotiate shipping rates; he just paid retail with a bunch of different shippers.

In the summer of 2014, Anthony McGinty and Michelle Sosa were hired by Los Angeles World Airports to lead a unique, new classified intelligence unit on the West Coast. After only two years, their global scope and analytic capabilities promise to rival the agencies of a small nation-state. Their roles suggest an intriguing new direction for infrastructure protection in an era when threats are as internationally networked as they are hard to predict. ... their current operation falls somewhere between a start-up and a think tank. Because she came from an intelligence background, Sosa had an eye for big-picture narratives; McGinty’s 25 years as a street detective and war veteran gave him tactical insights and a deep knowledge of police culture. Together, the two of them have brought classified in-house intelligence analysis to one of the world’s busiest airports ... Their work promises to propel the city’s aging airport to the forefront of today’s conversations about what it means to protect critical infrastructure and, in the process, to redefine where true power lies in the 21st-century metropolis. ... More than 50,000 badged employees report to work there each day, many with direct access to the airfield—and thus to the vulnerable aircraft waiting upon it. More than 100,000 passenger vehicles use the airport’s roads and parking lots every day, and, in 2015 alone, LAX hosted 75 million passengers in combined departures and arrivals.

The wellness phenomenon isn’t new, and its strength has never been specificity. In 1950, J.I. Rodale, one of the earliest advocates of organic farming, launched Prevention magazine, giving readers a continuous outlet for information that was a few degrees short of science. He was sure that rimless glasses and saltwater caused cancer and that electricity kept it at bay. ... in our internet era, where presentation matters more than pedigree, we have about a million self-taught gurus who profit from preaching at events like the Longevity Now Conference that certain foods could let you live as long as you wanted ... The wellness industry has exploded into superfoods, detoxes, and celebrity healers selling magic crystals, and the press and the public have gobbled it all up ... are any wellness products worth your money, and is any of the advice being shilled by its gurus going to make you healthier? Evidence says… no. Here’s why.