As we have observed in the past, financial markets appear to solely focus on one major risk/return catalyst at any given time, before, like a bored teenager, turning attention to the “next new thing.” Over the past year and a half, we have seen primary market focus transition from the dramatic decline in oil prices, to economic stresses in China, and most recently to the forthcoming referendum in the United Kingdom and the possibility of “Brexit.” We are not for a moment suggesting that these factors are unimportant, as indeed they are all critical parts to a broader puzzle, but we would suggest that stepping back to apprehend the full image on the puzzle is vital when too many market participants are overly focused on one part of it. In fact, we think that such an overly limited focus in a world of complex market crosscurrents may be part of what leads many to underperform. To that end, we seek to take a broader view with our market outlook. ... In this edition of the outlook we begin by sorting through and evaluating some partial market myths that have recently been promulgated to explain market volatility. These include exaggerated concerns that the volatility is due to bond market illiquidity, or overdone assertions that markets are being driven higher and lower primarily on the back of oil price movements. Rather, we think that secular structural changes involving demographic trends and profound technological innovations are much more important considerations when judging those forces that are truly impacting economic and asset valuation dispersions. Further, we believe these secular challenges should also be the focus of the risk factors that represent the major fault lines in markets today, or the locations of potentially serious left tail risks. 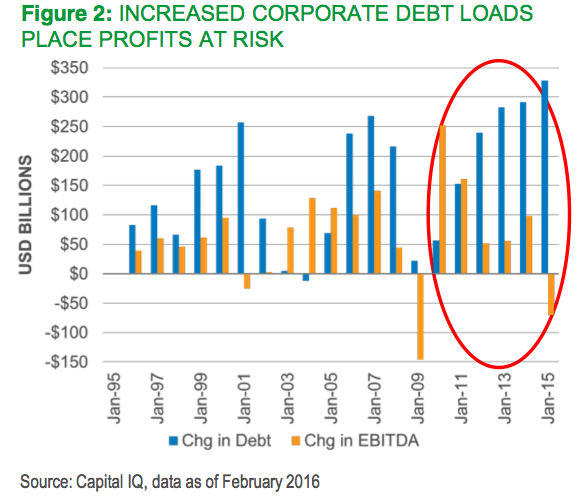 “Hamilton” is really two phenomena: an extraordinary piece of theater, created by the composer, rapper and actor Lin-­Manuel Miranda, and a commercial behemoth powered in part by scarcity — the near impossibility of obtaining tickets, which sell out as quickly as new dates go on sale (through January 2017, for now). Seller helped nurture Miranda through the five years it took him to develop the musical and consulted on every important decision, from casting to a major change in the show’s structure to the changing of its name, which took gentle but persistent prodding before Miranda finally agreed. (He had wanted “The Hamilton Mixtape.”) ... Broadway can be a very poor investment, but when shows hit, they really hit. The most successful of them dwarf the revenues of even the biggest Hollywood blockbusters. “Hamilton” could easily run on Broadway for a decade or more. In September, the first road production will open in Chicago, and it will be a “sit down” show, meaning it is intended to stay there for a year or more. Ultimately, there may be as many as seven “Hamilton” companies, in addition to the one on Broadway, performing at the same time in multiple American and international cities. Ticket revenues, over time, could reach into the billions of dollars. If it hits sales of a mere $1 billion, which “Hamilton” could surpass in New York alone, the show will have generated roughly $300 million in profit on the $12.5 million put up by investors.

Howard Air Force Base was once an imposing military installation alongside the Panama Canal, from which the United States fought guerillas and hunted down dictators. Sixteen years after the Americans left, there is a new man in charge: Colombian businessman Jaime Gilinski, who is turning the base into a brand-new city. ... Livingstone and his brother Richard became billionaires developing real estate in Europe but had never before invested in Latin America. When Ian was on a vacation in the Bahamas in 2004 Gilinski persuaded him to stop by Panama and take a look. They rented a helicopter and from the sky surveyed the land, framed by the Panama Canal, the Pacific Ocean and the Pan-American Highway, which stretches from Canada to Argentina. Together they concocted a grandiose plan: to buy the wasteland of bunkers and barracks, rename it Panama Pacifico and build an entirely new city from scratch. ... The entire property is now worth an estimated $3.6 billion, with land selling at more than 25 times its original price.