Having promised to do ‘whatever it takes’ to ensure the survival of the euro, the ECB now faces the problem of record high unemployment combined with a strong currency. There is accumulating evidence that the ECB is more willing to fight currency appreciation than the Bundesbank would have been. Capital inflows have been a key source of recent upward pressure on the euro. Should this continue, the ECB may need to intervene more aggressively in order to promote economic recovery in the Eurozone. ... as the currency continues to strengthen and moves into ‘strong territory’ relative to its history, the negative growth effects may eventually become intolerable. The basic challenge for the ECB is to ease overall financial conditions to the benefit of Eurozone growth. So far, easier credit conditions have pulled in foreign capital and caused the currency component of financial conditions to tighten. The ECB may need to enter the currency war more actively to secure a more competitive euro in 2014, and thereby support a more robust economic recovery.

Close scrutiny of Europe’s banks may turn up unexpected shortfalls … THE ink on the agreements that will hand supervision of the euro area’s biggest banks to the European Central Bank (ECB) is barely dry. Yet the ECB is already enmeshed in squabbles with national banking supervisors over the extent of its powers and the rigour with which it will undertake its first big task, a warts-and-all review of the balance-sheets of the banks it will take charge of in a year’s time. … Details over how the ECB will conduct this asset-quality review (AQR) will probably be released in the second half of October, but the outlines are already beginning to emerge.

- While Europe has emerged out of recession, the relative tightness of monetary policy means the eurozone is still struggling to get back to potential pre-Lehman growth rates.
- The European Central Bank should be able to maintain stability over the cyclical horizon while policymakers continue to address outstanding issues as they look to build a less vulnerable monetary union.
- We are selective in our approach to regional credit and remain neutral on the euro, balancing our cyclical outlook with longer-term secular concerns on the eurozone outlook and valuations.

Investors are wary that the tranquility in eurozone bond markets could breed complacency ... Whether this new phase in the eurozone crisis is sustainable or simply the calm before the next storm will help determine the eurozone’s future. The stability reflects market confidence in the eurozone’s prospects – and the fact that fickle international investors fled at an early stage of the crisis. But overreliance on domestic investors has thrown Europe’s economic integration into reverse and may prove dangerous. While the calm may provide breathing space – lower bond yields cut financing costs – it could breed complacency. ... arguably a much bigger reason for the recent stability in eurozone bond markets across much of the rest of the region is that foreign investors have retreated. So far this year, domestic investors have accounted for almost 100 per cent of the net issuance of Italian and Spanish government debt, according to calculations by BNP Paribas. Of outstanding Spanish bonds, almost 70 per cent is currently held domestically. For Italy, the figure is almost 60 per cent. ... Japan has illustrated how a country, with strong domestic ownership, can operate with a level of public sector debt equivalent to more than 200 per cent of national output and still keep official borrowing costs down. Yields on 10-year Japanese government bonds are just 0.6 per cent. ... Yet the stability created by “re-domestication” of eurozone bond markets could prove fragile. A mounting concern of eurozone policy makers is the increased mutual dependence between banks and governments in the eurozone periphery, which could quickly exacerbate financial instability if a fresh crisis erupted somewhere in the financial system. ... The links between banks and sovereigns “basically changes the nature of the eurozone. Banks are acting as the arms of the central bank to help governments avoid default” ... Without outside investment, the struggling periphery economies could find it even harder to escape recession and produce the growth needed to reduce public-sector debt mountains.

In 1948, the behaviorist B.F. Skinner reported an experiment in which pigeons were presented with food at fixed intervals, with no relationship to any given pigeon’s behavior. Despite that lack of relationship, most of the pigeons developed distinct superstitious rituals and maneuvers, apparently believing that these actions resulted in food. As Skinner reported, “Their appearance as the result of accidental correlations with the presentation of the stimulus is unmistakable.” ... Superstition is a by-product of the search for patterns between events – usually occurring in close proximity. This kind of search for patterns is essential for the continuation of a species, but it also lends itself to false beliefs. As Foster and Kokko (2009) put it, “The inability of individuals – human or otherwise – to assign causal probabilities to all sets of events that occur around them… will often force them to make many incorrect causal associations, in order to establish those that are essential for survival.” ... The ability to infer cause and effect, based on the frequency with which one event co-occurs with some other event, is called “adaptive” or “Bayesian” learning. Humans, pigeons, and many animals have this ability to learn relationships in their world. Still, one thing that separates humans from animals is the ability to evaluate whether there is really any actual mechanistic link between cause and effect. When we stop looking for those links, and believe that one thing causes another because “it just does” – we give up the benefits of human intelligence and exchange them for the reflexive impulses of lemmings, sheep, and pigeons. 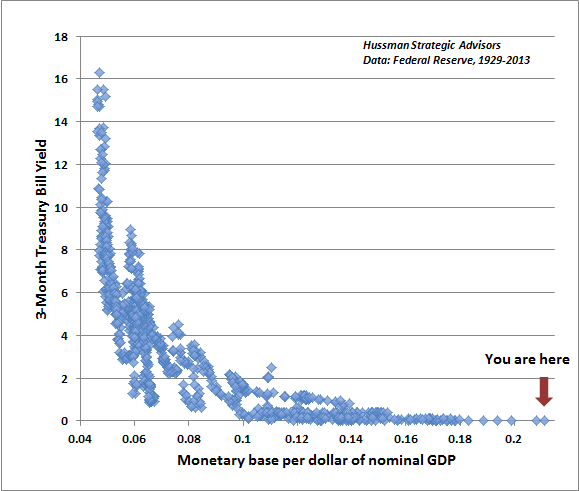