Many Americans grumble about the wealth of their politicians, but they are paupers compared with their Chinese counterparts. The 50 richest members of America's Congress are worth $1.6 billion in all. In China, the wealthiest 50 delegates to the National People's Congress, the rubber-stamp parliament, control $94.7 billion. Darrell Issa, a Republican from California, is the richest man in Congress, with $355m. China's richest delegate is Zong Qinghou, boss of Hangzhou Wahaha Group, a drinks-maker, whose wealth is almost $19 billion (including assets distributed to family). 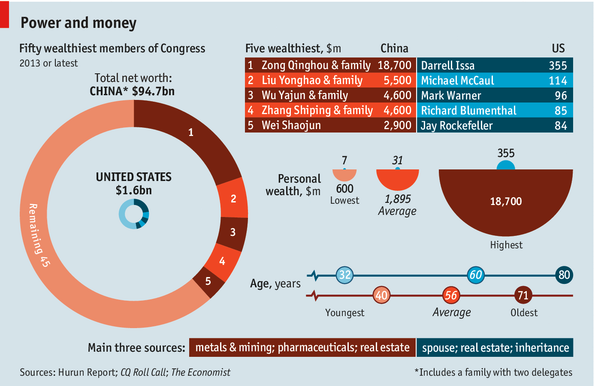